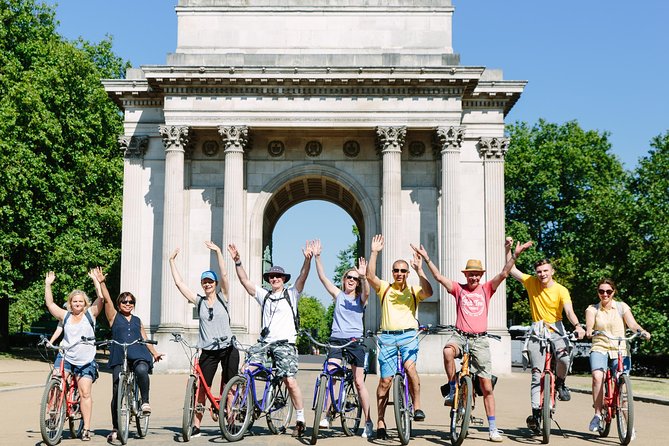 Enjoy cycling around London's Hyde Park and see the famous sights of the Houses of Parliament, Big Ben,Trafalgar Square, and Westminster Abbey as well as the royal landmarks of Buckingham Palace, Kensington Palace and the Princess Diana Memorial.

Tours are taken on state of the art California 'beach cruiser' bicycles that are named after famous British personalities. Will you choose Winston Churchill, William Wallace or even David Beckham?!

Check Availability Get 77% OFF Today

We have found a deal on this tour London Royal Parks Bike Tour including Hyde Park. Grab this deal before it expires.

Other Tour Experiences You Must Try

Sightseeing tour Cologne with a private Tour Guide only for you or your group!

3- Hour Kayak Tour on the Oslofjord